Electric vehicles are throttled via the motor controller, and to tell the motor controller how much power to deliver you use a Pot (Potentiometer) Box. It is a variable resistor designed to connect to the existing throttle cable from the accelerator pedal. For my car, I bought the PB-6 Pot Box. Its resistor ranges from 0 to 5k Ohms (standard among controllers), and it includes a micro switch for additional control/protection.

Just a note for you EV converters out there - the price on the Pot Box (and any EV component for that matter) varies widely among vendors. Definitely shop around.

Here's where I'm going to put it. There is a sharp turn for the accelerator cable which I don't like, but it is in a very clean place and the cable itself will be very short. 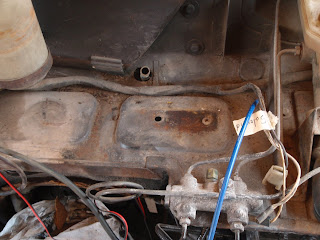 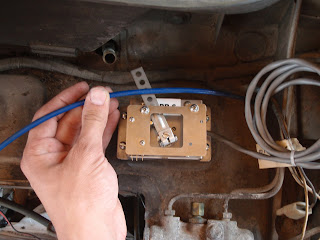 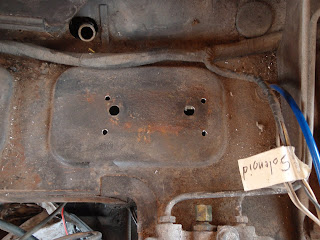 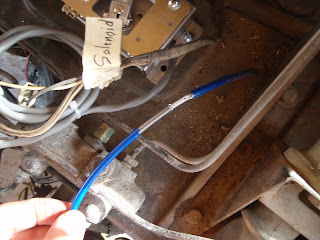 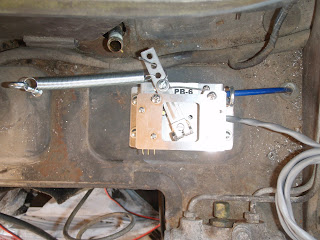 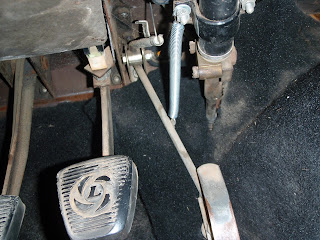 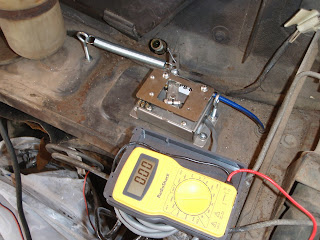 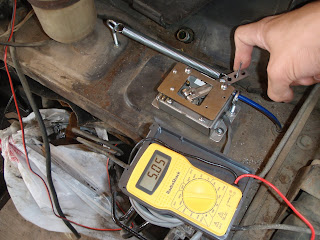 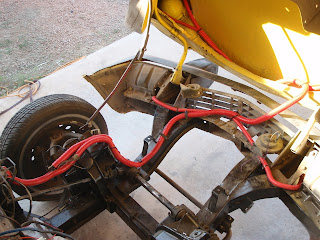