Back in August I gave the Spitfire's engine away to a gentleman from LA. As part of the trade he bought my friends and I In'N'Out hamburgers and a new set of boots for my tie rods! 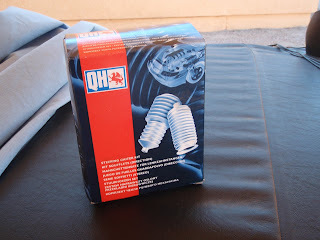 I've finally got them in! Everything rubber in the car was completely destroyed, and the boots needed to be replaced. Here's a picture of the left boot. 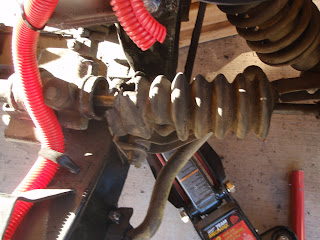 Doesn't look like it was protecting too much. The toughest part in replacing the boots were getting the tie rod (that probably hadn't been touched in 30 years) disconnected from the wheel. I was afraid to just take a wrench to the nut and twist as I didn't want to damage the cap on the wheel side. Instead I tried to get two crescent wrenches, one on the nut and the other on a very small flat portion of the wheel side and unscrew them that way. Yeah that didn't work at all.

A friend (far more knowledgeable about cars than I) came by with a 3/4" wrench and took a stab at it. He just took a wrench to the nut, turned, and let the cap on the wheel side be the stop. Not two seconds later the parts were able to move. Sweet. 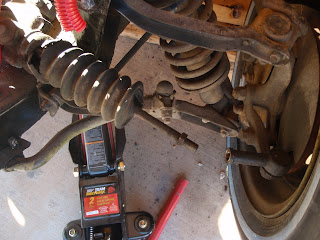 As we turned the nut with the wrench, the nut did not rotate on the shaft, the entire shaft rotated and unscrewed from the wheel side. With the tie rod disconnected, I pulled off the old boot and cleaned everything up. 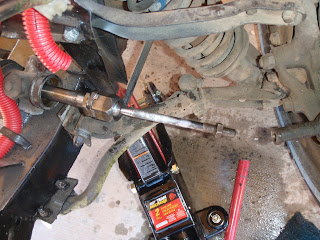 I picked up some CV boot grease from the auto parts store. The box said cars typically use 4 oz per joint - I have no idea where to put 4 oz of this stuff! 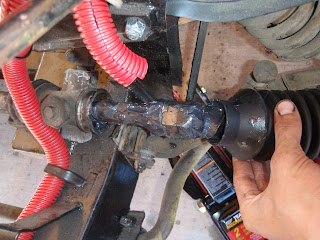 And the boot in place! The boots came with some plastic tie wraps, but I had a few leftover worm clamps that I decided to use instead. 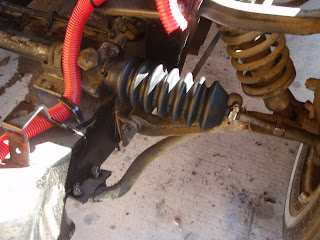 Then to the right side. 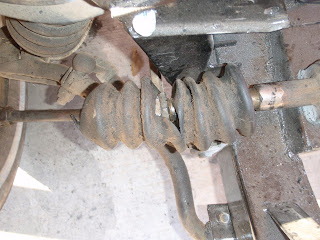 Terrible, but not for long. 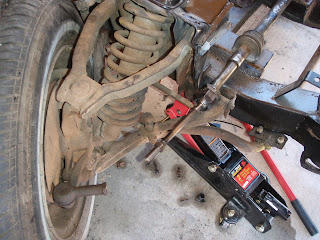 Now I know why they say 4 oz - half of it ends up on your hands! 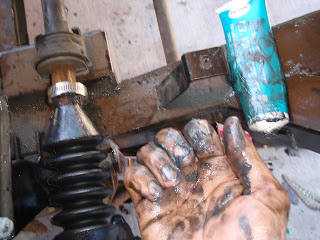 When putting the wheel back on, you can't take a wrench to the nut - it will unwind from the shaft. Instead, I took a rubber clamp thingee (technical term) to grasp the shaft and rotate the tie rod back onto the wheel. Be sure to not worm clamp your boot onto the shaft until after you've reattached the wheel. Otherwise as you rotate the shaft you'll also turn the new boot. 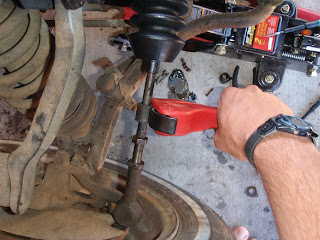 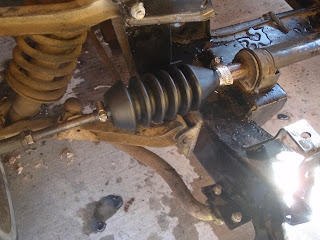