Back on February 16th I installed one speaker into the car. This past weekend I went ahead and built a mount to install a second. 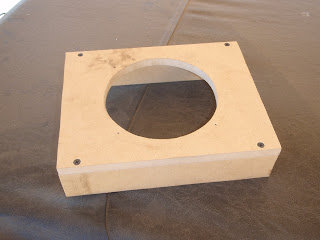 The old mount worked great, so I cut a second one just like it. 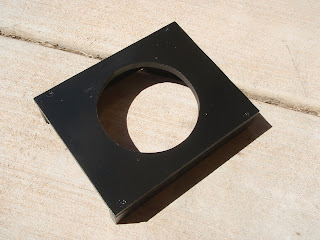 The car had a flimsy piece of cardboard "covering" up the wires behind the dashboard. It looked terrible and was in my way so I ended up trashing it. I'll install something better to replace it later. 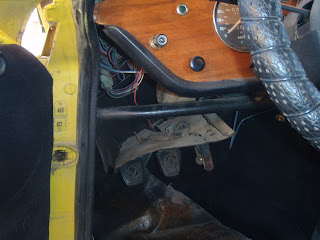 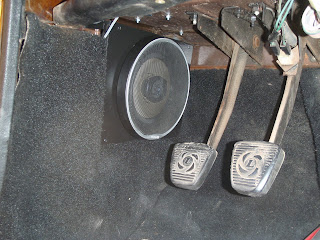 Stereo sound is good stuff.
Posted by Clint at 3:58 PM

Looks nice, but I'd be worried about feet meeting speakers there.

Also, that cardboard you removed is the glovebox, or package rack. Each side has one.

After all, this is the car with the cardboard transmission tunnel.

The speaker looks like it's in the way more than it really is - it's actually set back pretty well. Also, when I get the motivation I'm going to remove the clutch pedal.