Our Australian Shepherd dog is not a pet, he's our child (as you could probably tell in the earlier photos). My wife bought new seat covers for the car to style up the interior a little bit.

The seats weren't too difficult to take out - just 4 fairly easy bolts. 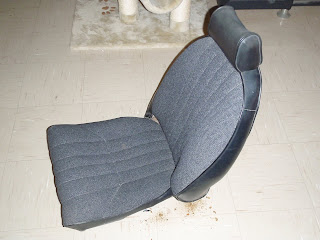 Timber helped me put the new seat covers on. 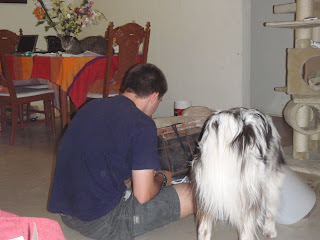 One side complete. This also was a good opportunity to vacuum out the interior. 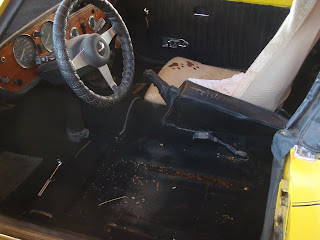 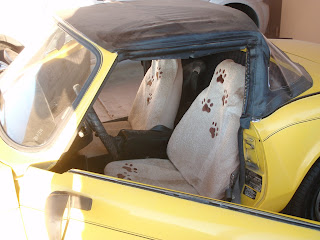 The old horn sounded about as good as a frog near his last croak. I picked up one of those novelty aooga horns from the auto parts store to replace my old one. I actually received a new horn for Christmas that has a variety of sounds you can play (and record your own), but it turns out it can't be wired into the car's existing switch. I'm hoping to take the car to shows though so I'll definitely plug it in for temporary use then. 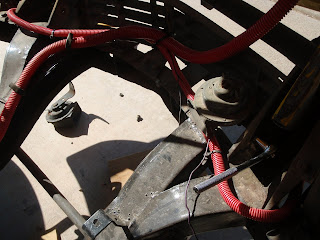 I removed the two old horns but left the bracket for my new one. 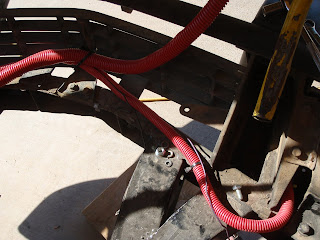 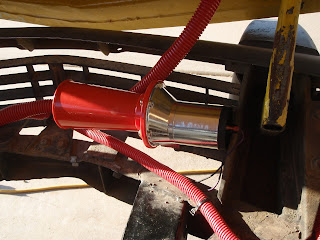 The horn works great, but I'm a little disappointed in its "aooga". I was hoping to hear something a bit more ridiculous, but it's okay.

On a side note, my cordless drill battery charger was no longer charging its batteries. The spring style connectors wouldn't maintain contact with the battery terminals, and it refused to charge. Replacement used chargers on e-bay are like $30, new ones are impossible to find, and its constructed such that it's impossible to open up and repair. I do think companies purposely design their products to have a short shelf life. I however, refuse to buy an entire new drill set just because the charger is finiky. 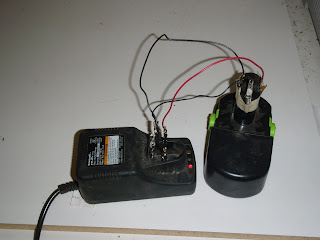 One small victory for the consumer!
Posted by Clint at 7:33 PM